Ellwanger and Barry Park has a very long history in the city of Rochester.  In 1877 it was a school built on land donated by George Ellwanger and Patrick Barry.  Years later in 1934, perhaps after school children had outgrown the building, it was torn down and a new building was built.  In the original school’s place, a park and playground were created.  It has remained a park and playground since that time!

This small park is an absolute treasure in the southeast quadrant of Rochester.  In its nearly 80 years of life, you can imagine the city planners have had some time to improve upon this park.  When you enter Ellwanger and Barry park, you are greeted by a beautiful new sign and statue.  It was only in 2009 that the park was renamed in honor of the two men who made its existence possible.  On the West side of the park there are two playgrounds, two swing-sets, and a sandbox.  To the East, a large open field makes picnics and community gatherings possible.  Throughout the park, there are about twenty trees.  Rarely does a park have a one or two, so the Ellwanger and Barry park might win a “Most Trees in a Park” award, if there was such a thing.  This is very much a community park and in my short time there, about ten different families came and went.  Most had small children (like me, toddlers, preschoolers, elementary age) but there were some teens there enjoying the facilities. 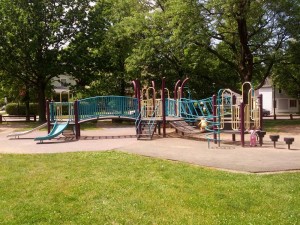 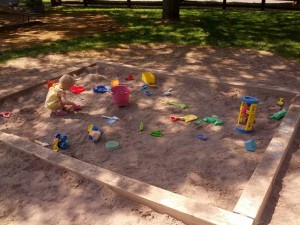 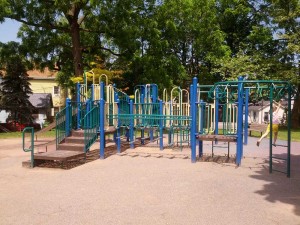 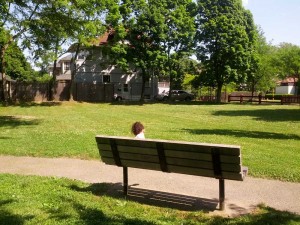 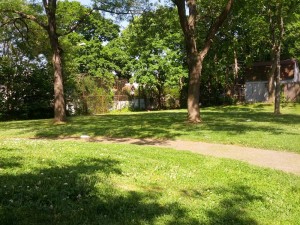 You can see all the pictures from our visit here.